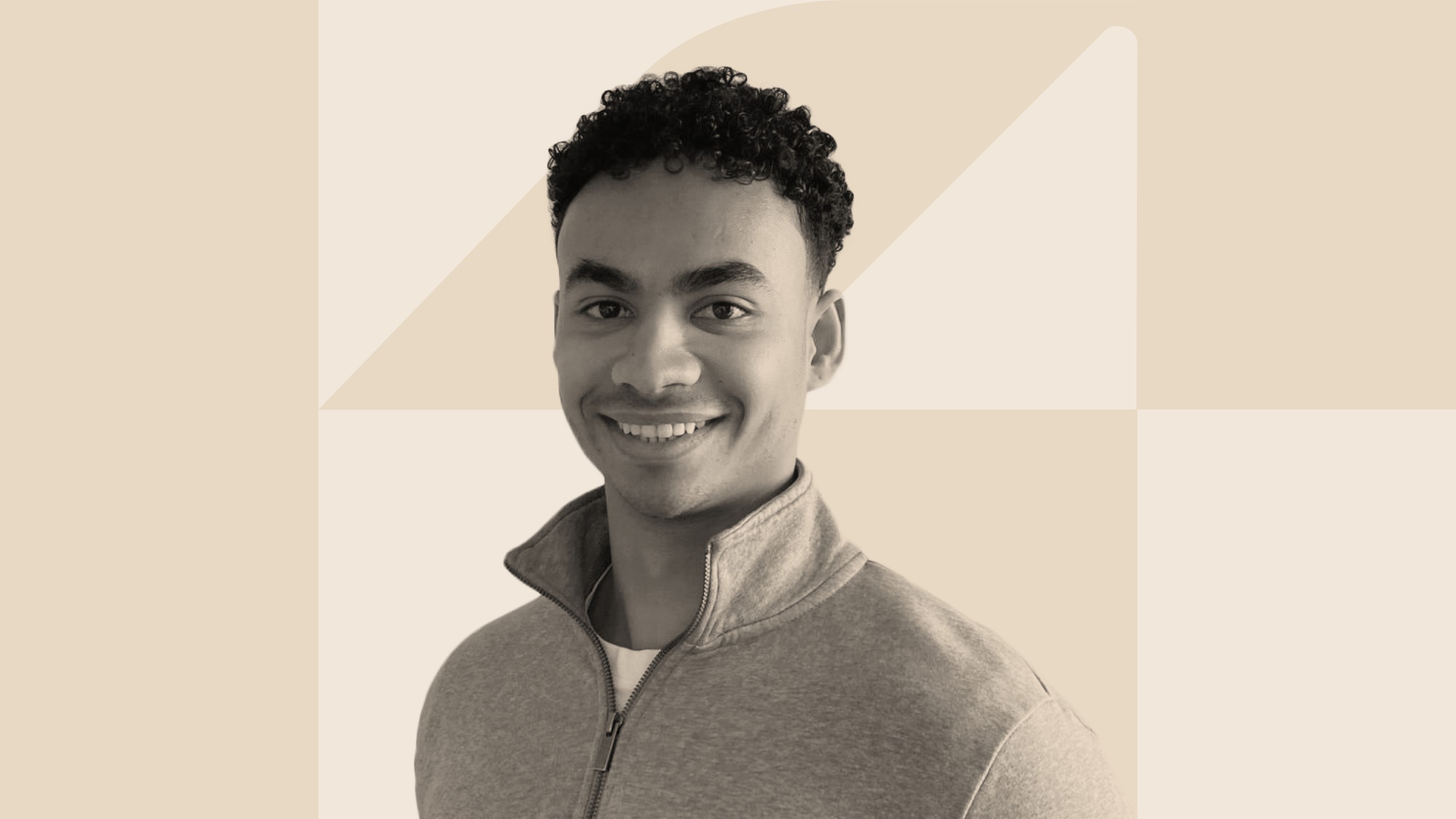 Strategy & Execution Analyst at our London office, Ellis Dublin, talks to us about maintaining a diverse and appreciative work environment and the importance of being given autonomy as a junior professional.

Like my parents, I was born and raised in Coventry, England. Whilst my mother's side is entirely English, my dad's parents emigrated to the UK from the sunny island of St Vincent in the Caribbean. Despite my surname, though, I have no known connection to either Ireland or ex-Coventry City striker Dion Dublin.

Growing up, I was extremely enthusiastic about sports; you name it, I've probably played it. However, given the myriad of athletic endeavours I participated in as a youth, only a couple have remained frequent pastimes: snowboarding and football. After realising that it was somewhat unlikely for me to become a professional in either of these sports, I decided it may be better to focus on my education.

After completing a ski season in Avoriaz, France as a chalet host, I decided to study for an undergraduate degree in Economics at the University of Portsmouth. I then went on to complete a Master's in Management at the University of Warwick. I have always maintained an interest in how businesses interact with one another and how they engage with the broader economic environment. However, it wasn't until very late in the final year that I became set on a career in consulting. The combination of my degrees prepared me well for consulting, creating a natural progression into a field that I would find both fascinating and stimulating.

The value of being valued - Joining Metyis

The first time I became aware of Metyis, I was interested in what they had to offer. The company's size and working culture allowed me to gain exposure to the entire project lifecycle, from strategy to implementation, which can be rare for younger consultants. Since starting at Metyis just over a year ago, I have appreciated the trust and autonomy placed upon more junior team members. This ownership and experience have greatly benefited my development as a consultant.

My most recent project is a great example of this exposure. The assignment began with the team assessing, analysing and providing recommendations for a British clothing and food retailer regarding their labour scheduling, operating model and processes within their stores. Later, for some of the selected changes, we conducted a trial and implementation phase within a handful of stores, with a subsequent aim to deploy successful modifications nationwide. Whilst supporting the initial review, my main contributions came during the implementation phase, where I was granted responsibility for one of the process improvement workstreams. This entailed designing, testing and trialling changes in active stores, from which I could calculate the potential benefits of a national rollout.

Between the tight time frames of steer COs and travelling up and down the country to visit stores of interest, the team made many adjustments but successfully presented the client with proven, working concepts that would improve the bottom line.

When a team grows as fast as the London office has over the past year, it can often be at the cost of the existing culture. We have built a diverse team focused on collectively celebrating different cultures and ensuring all team members' values are appreciated, which continues to thrive as we expand. It's incredibly fulfilling to be part of such a team! Metyis exceeded my expectations regarding engagement and learning opportunities in both project work and 'extra-curricular' activities.

Many of my colleagues and I really appreciate the Analyst/Associate (and intern) social events we have in London. Being able to spend time outside of the office in an informal setting has been an excellent way for the junior members of the team to build genuine friendships.

Given how much of our day we already devote to working, I believe we need to be very intentional with how we spend the rest of our time. Even if that means deliberately doing very little in our free time to ensure we take a moment to wind down. A quote that has always stuck with me is, "Idleness is not just a vacation, an indulgence or a vice… it is, paradoxically, necessary to getting any work done".

In the spare time I do have, you'll find me hanging out with friends, attempting to cook something far too complex or binge-watching the latest crime drama on Netflix.